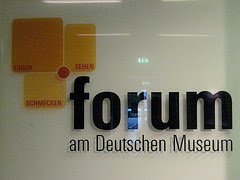 I've just returned from the 2nd European Identity Conference in Munich, elated and frustrated in equal measure....the main conference itself was infuriating (for reasons I'll go into), but the VRM sessions taking place beforehand were some of the most thought provoking I've been involved in.

The VRM project is still at an early stage, with a small group of committed folks exploring what it could mean and how it should work, as well as the most effective way to gain adoption.

So how does VRM manifest itself? Efforts seem to fall into one of two approach vectors; thin vertical markets (such as owning my search history, or selectively sharing my contact details) and the broader concept of a "Personal RFP" (stating your requirements for vendors to consider).

For our part of the unconference, Paul Downey and I explored the Personal RFP concept, using Getting Married as a case study. I'm going to cover this in a future blog post, but suffice to say for now I was relieved not to get booed out of the room...!

As for gaining adoption, the project team isn't in a huge hurry. It's more important that the right people get involved now, at the foundation stage, than for the wrong people to get involved for the wrong reasons. It means that proper consideration can be given to the hallmarks and mechanisms of VRM, being explored using case studies such as the Personal Address Manager.

But there is a fascinating and powerful idea being mooted within the project team; the notion of a "relbutton". It's an icon that can indicate your willingness to engage with a vendor on your terms, or vice versa. The icon in it's main state is shown on the left, Doc Searl's slide deck introducing the subject can be seen here (see slide 11), and the concept is outlined on the VRM wiki. I think it's a great way to communicate your allegiance to the VRM cause, and I liken it to those rubber wrist bands that charities often sell.

As for the EIC conference proper, well, where do I start? It was a jarring experience moving from enlightening VRM to the cludge that is corporate identity management. Ariel Gordon of France Telecom tried to sell a "user centric approach" that was tantamount to keeping customers on a slightly longer leash. And Dave Kearns implied that, if we treat everyone like criminals, then we improve our chances of catching someone acting like one. Bear in mind that these were keynote speakers, and there was no opportunity to challenge these points of view in Q&A afterwards.

It just goes to show what a shot in the arm VRM is. I'm really excited to get involved at this relatively early stage, and keen to attend some of the London sessions which are coming up.

Incidentally, it rained for much of our visit but that didn't stop us taking photos when it was dry - here's a set of photos on Flickr.
Email Post
Labels: Doc Searls EIC EIC2008 Identity Munich Relbutton Unconference VRM

Anonymous said…
Phil,
agree with your comments - too many suits, nicely packaged vendor sports instead of real dialogue, crappy WiFi and just 3 people twittering...
23 April 2008 at 16:09